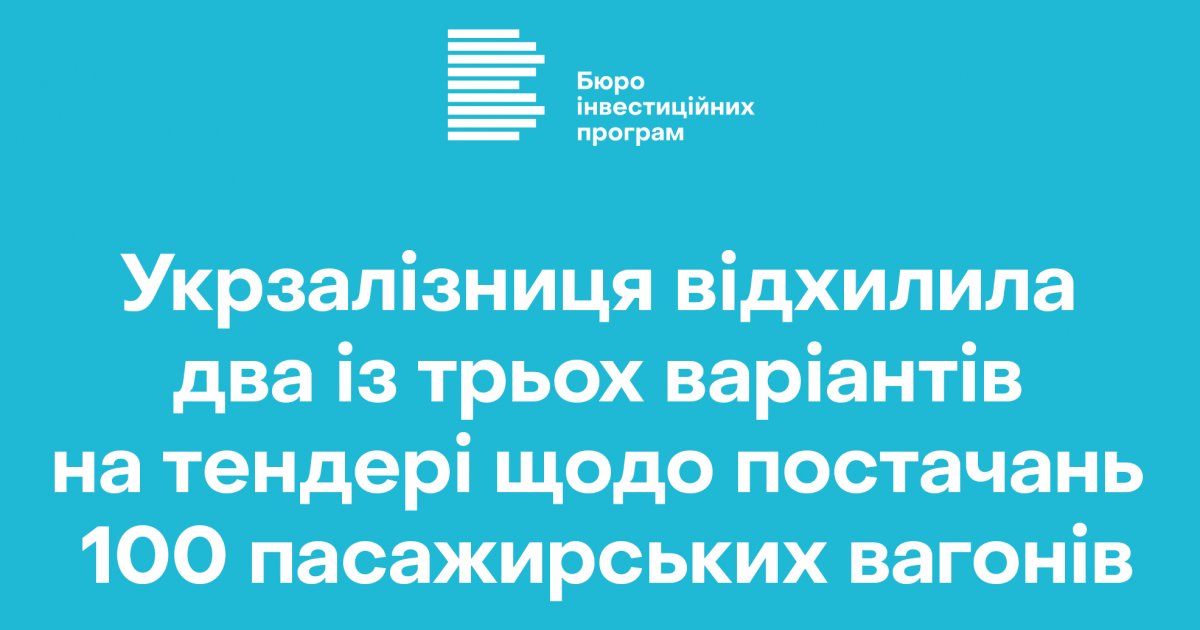 Ukrzaliznytsia has rejected two of the three options in a tender for 100 passenger compartment cars supply06.05.2021The tender price was UAH 3 billion. Kryukiv Railway Car Building Works, as well as CRRC Tangshan and “Terminal-West” companies, were to compete in the tender. The tender committee rejected the participants CRRC Tangshan and ‘Terminal-West” due to nonconformance to the tender conditions. The companies have five days to appeal the decision. If the outsider companies fail to do so, the tender will be canceled because of the disproportionate participants' number.